‘Buffalo Fries’ Are X-Factor that Marks The Spot 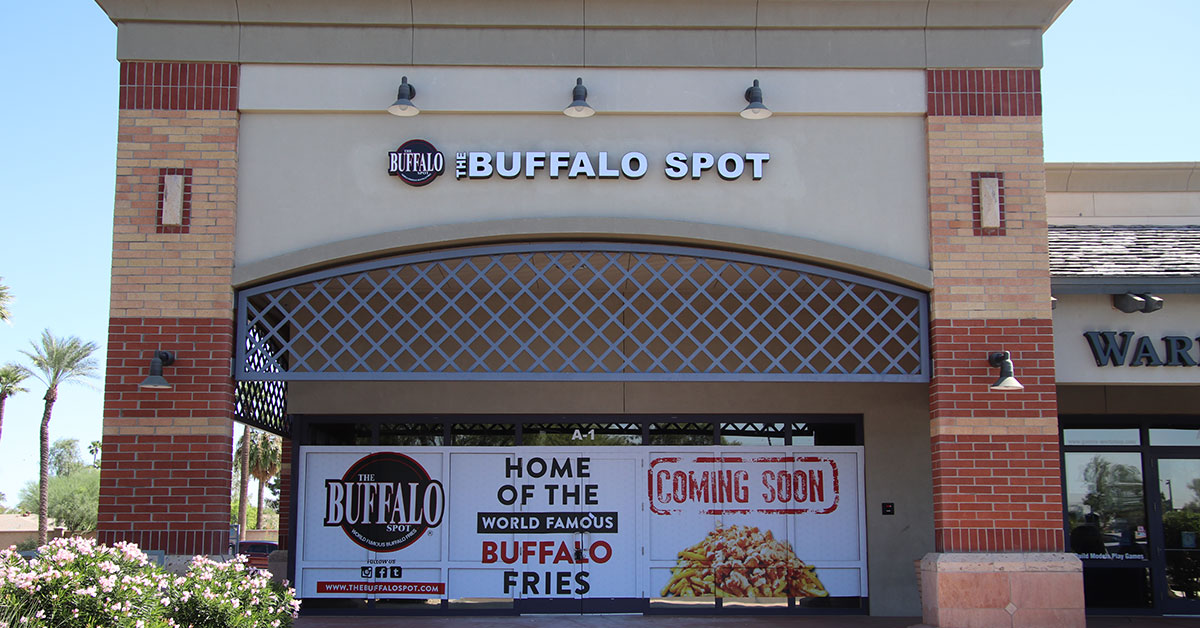 “Buffalo Fries” are coming to Goodyear.

The layered entree is the signature dish at The Buffalo Spot, which opens at 10:30 a.m. on Tuesday, January 28 at the northwest corner of West Indian School and North Litchfield roads. It is made up of a bed of crispy fries topped with diced hand-breaded chicken, sauced your way and finally drizzled with a special sauce. On top of that, diners can choose among 13 flavored sauces, ranging from mild to atomic hot, and cheddar or Parmesan cheese.

Local franchisee Kevin Burke says the various permutations of Buffalo Fries comprise 60-to-70% of sales at a typical Buffalo Spot.

“If you haven’t tried Buffalo Fries, come on down and we’ll give you a sample,” he says.

Kevin and his wife, Elena, took a circuitous route to restaurant ownership. A Los Angeles native, Kevin studied criminal justice and worked in a Nevada sheriff’s department for seven years. After that, he worked in gold mining for 12 and a half years in northern Nevada. Elena immigrated from Ukraine four and a half years go. They recently moved to Surprise to be near Kevin’s parents, who live in Sun City, and sister, who lives in Goodyear.

The couple sought and received business mentoring from SCORE (formerly known as the Service Corps of Retired Executives), which led them to a franchise-selection consultant.

Why did they choose The Buffalo Spot? Quite simply, the food, Kevin says.

“We wondered: What are Buffalo Fries? What are these restaurants like? So we went to a Phoenix one and really liked the food.”

The Buffalo Spot is a relatively new chain. Its first location opened in December 2013 in Long Beach, California. It has grown rapidly to 29 locations among three states. The Goodyear restaurant will be its 30th, the ninth in Arizona. But it will be the first for Kevin and Elena, who have hired 22 people to help them run the business.

“It’s going to have kind of a sports bar atmosphere,” Kevin says. “We’ll have TVs showing sports most of the time. We hope to get a beer/wine license eventually.”

Goodyear is one of Arizona’s fastest growing communities with the population increasing by 5% in just one year, outpacing other Greater Phoenix cities by more than double.

The Buffalo Spot is at 14130 W. Indian School Road, Suite A-1, the location formerly occupied by Bruno’s Pizza. Check out the menu at: https://thebuffalospot.com/foodmenu. 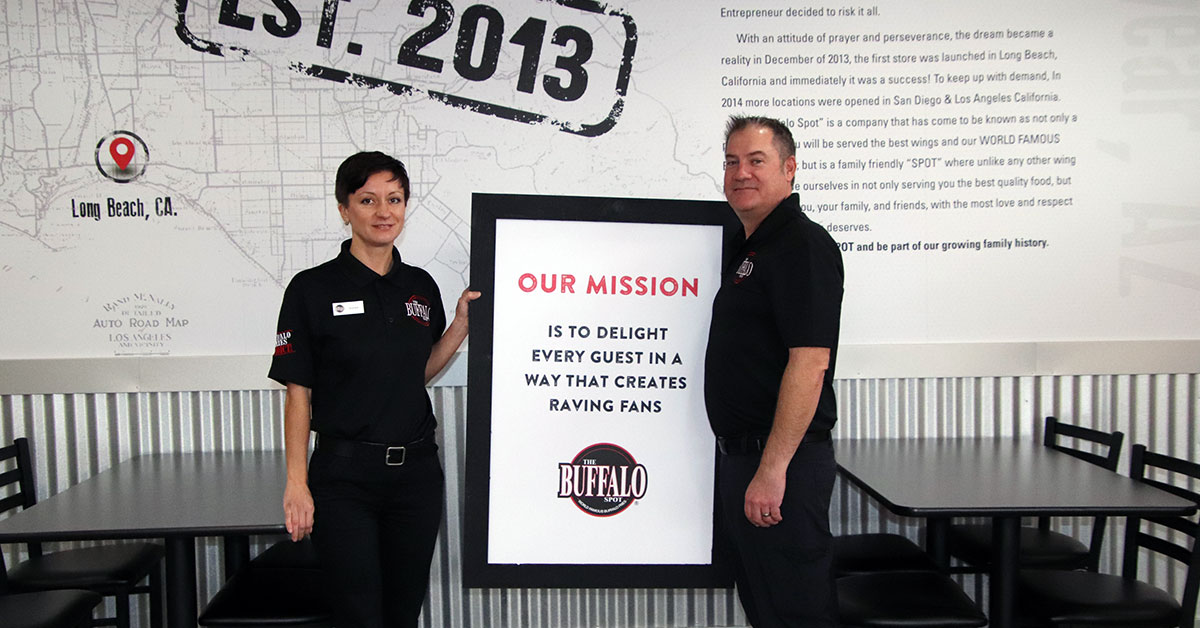 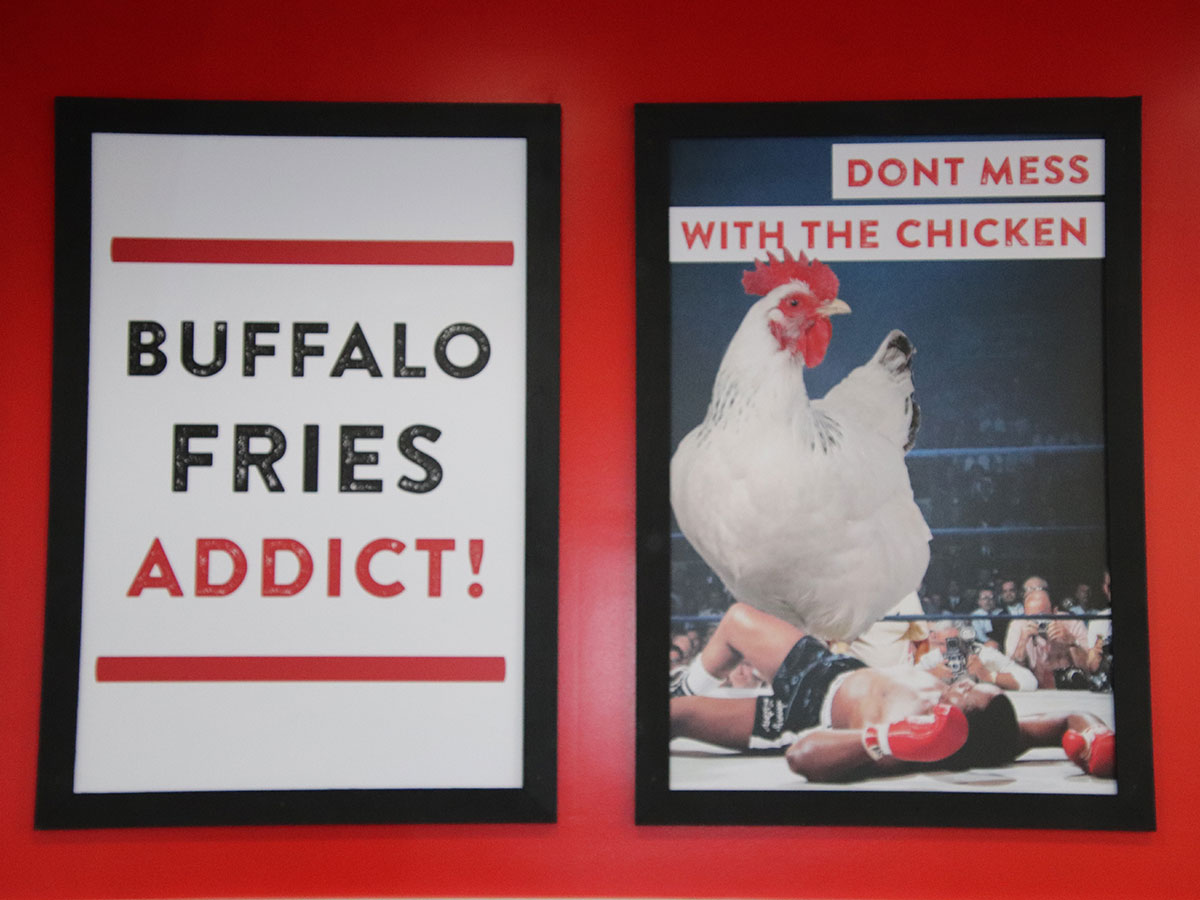