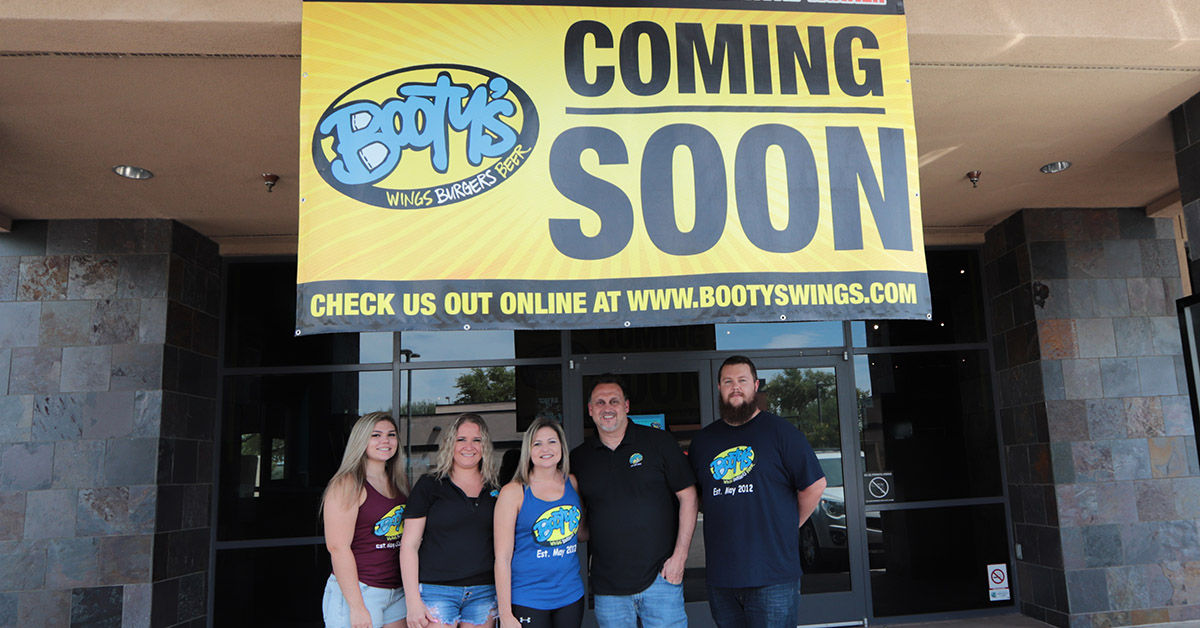 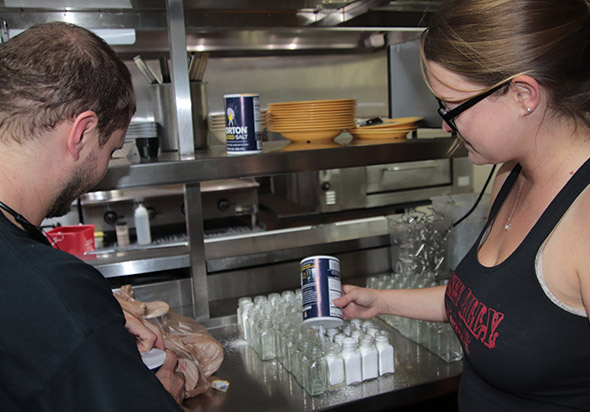 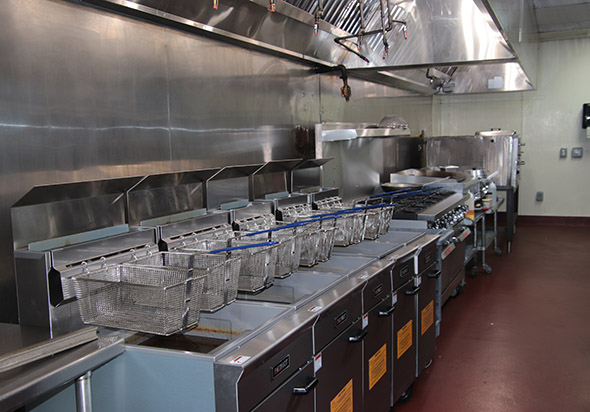 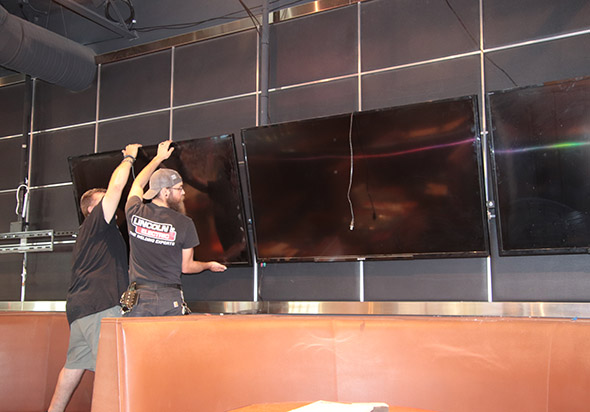 The restaurant prides itself on buying and serving quality wings – always fresh, not frozen. It offers 52 homemade sauces and dry rubs to go with them.

“All of our stuff is from scratch,” says Booty’s founder Andy LiButti, who co-owns the Goodyear restaurant with Peggy Young. “It’s better than anything you’ll get elsewhere out of a box.”

Booty’s has competed at the National Buffalo Wing Festival, held on Labor Day weekend in Buffalo, N.Y., and has brought home nine awards for sauces, two Festival Spirit Awards and Festival Favorite in 2017.

Burgers are made from premium Angus beef hand formed into giant half-pound patties and cooked on a grill. The restaurant bakes its own brownies and buys fresh bread daily from a local baker.

The Booty’s in Goodyear will be larger than existing locations in Buckeye and Surprise and offer more beers on tap. Its 40 televisions will show all major sports events.

“We love the demographics in Goodyear,” LiButti says. “It’s still a growing, vibrant area … a natural progression for us.”

The area also offers a good pool of potential employees. “We hire people with great personalities and good a work ethic or upbringing,” he says. Booty’s website (bootyswings.com) promises: “We strive to provide the best service possible with an atmosphere where families feel at home while watching their favorite sports on TV.”

Happy Hour is all day on Thursdays and Sundays and 11 a.m. to 7 p.m. the rest of the week. They feature discounts for beer on tap, house wine, well drinks, appetizers and specials.

“One of the country guys is the cowboy from the Village People,” LiButti says. “He’ll be here playing on Aug. 7, the first Wednesday we’re open.”